The University of California at Berkeley detected cesium levels in San Francisco area milk above over EPA limits ... and even higher than they were 6 months ago.

Finnish public television says that cesium from Fukushima has been detected in lichens, fungi and elk and reindeer meat in Finland.

The Australian Radiation Protection and Nuclear Safety Agency confirmed a radiation cloud over the East Coast of Australia.

The West Coast of Canada is getting hit by debris from Japan ... and at least some of it is likely radioactive.

The authors of the controversial study claiming 14,000 deaths in the U.S. so far from Fukushima are now upping their figure to 20,000. I spoke with nuclear health expert Chris Busby about their study, and he said that mortality figures fluctuate pretty substantially in the normal course, and so it is hard to know at this point one way or the other whether their figures are accurate.

And while there is no evidence linking them to Fukushima, Bed Bath and Beyond has recalledradioactive tissue holders after they set off police radiation monitors aboard a delivery truck This may just be an example of the incredibly lax handling of radioactive materials.

And thyroid cancers are - mysteriously - on the rise in the U.S.

But don't worry: The owner of the Fukushima plant has the plant in cold shutdown, so everything is "under control" ... Although temperatures have apparently jumped inside Fukushima's number 2 reactor, and the Japanese have no idea where the nuclear fuel has gone, so they are drilling a hole into the containment vessel to try to find it. http://www.sott.net/article/240352-Fukushima-Radiation-Spreads-Worldwide 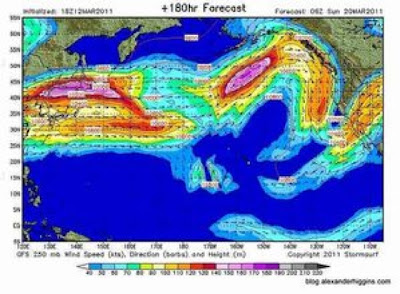 Hi, welcome to No Nuclear EARTH.